My first time on a big tree planting site

I am on a big landscaping site on a very expensive piece of real estate where a very large and expensive holiday house is being built for a very wealthy owner, overlooking Robberg Beach in Plettenberg Bay. Three large coastal coral trees, two slightly smaller than the other, are being offloaded for strategic placement on the site. This requires a large crane truck which is costing a large amount per hour.

I think it’s the first time I have had to wear a hard-hat, put in my hands by Charles Reitz, so this is obviously an important job on a big building site (there are about 20 bricklayers alone) and Charles, his landscape designer Wendy Sanderson-Smith and site manager Michael Strickland are all wearing looks which show a combination of excitement and concern. They have been planning and working very hard from an early hour in a demanding business.

One of the big concerns is the maximum reach of the crane, which is going to be needed in order to hoist the big coral tree into position across the edge of the building under construction.

The strain is showing. Wendy lights a cigarette and Michael lights his pipe. Then quick as a flash Wendy is up on a vantage point, offering advice which obviously comes from years of study and experience. Later, she takes me on a quick tour of the site office and the building drawings all over the walls. She obviously knows what she’s looking at and tells me without a hint of irritation that her entire apartment, apart from one chair, is covered with similar drawings. She is dedicated, as are Charles and Michael. 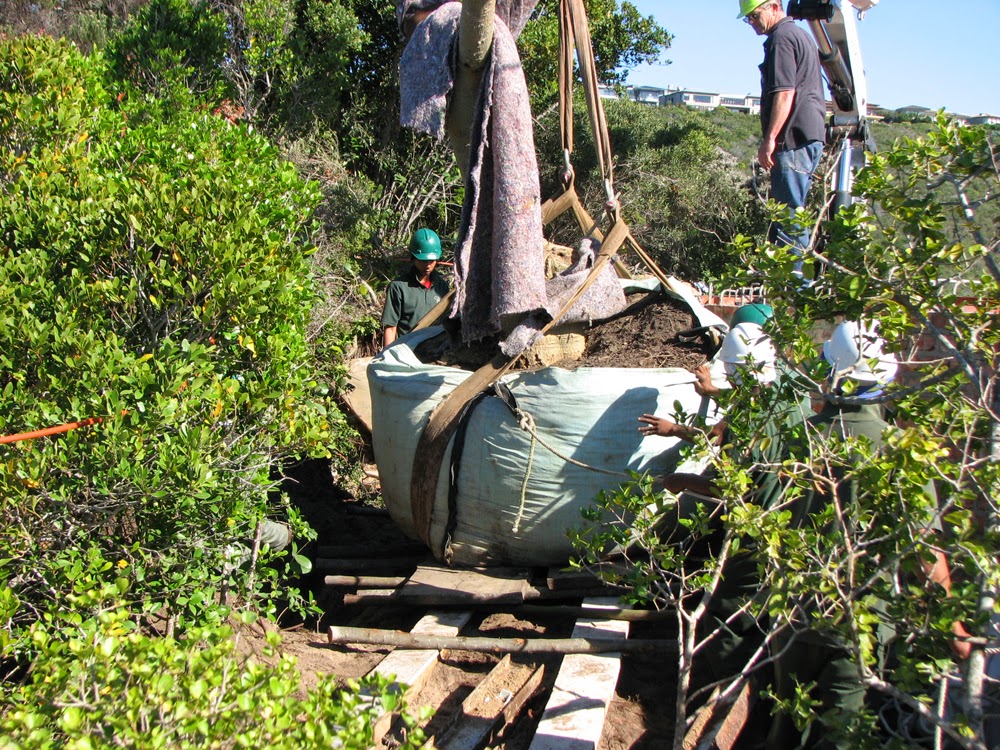 The three trees have to be located in exactly the right positions, marrying their natural prerequisite with the soil profile, and for the exact needs of the client. Kasey Voges, the expert from Trees South Africa – a remarkable company which supplies full grown trees – who has supervised the offloading by the crane truck, is huddled with Charles and Michael near the spot where a very tall tree has to be put in the ground, but it’s an impossibly steep spot, and, remember, this is all dune sand (with a lot of thick bush which will hopefully bolster the tree).

When asked if all this is sustainable, (his landscape division is called SustainaScapes) Charles replies: “If this area received more rainfall, this is a highly probable type of vegetation that would be found here.”

Ideas are bounced around, compared and combined, doubted and then reinstated. Eventually it’s time to go – until the big moment comes…

A few days later… The crane truck is back and the largest of the three coral trees is being manoeuvred into its hole, thanks to Kasey’s unwavering supervision, the crane operator’s skill and a team of alert men from TSA cleverly erecting a slipway of timber and steel while an RTC man operates a winch which moves the tree towards its destination centimetre by centimetre. Charles and Wendy have again jumped up onto their vantage point, while Michael is down with the men.

Eventually it’s time to leave the site again, but I’m going to be right back, so I walk off with one of the builder’s stock hard-hats with the word Visitor across the front still on my head. One of his men, who looks as though he carries some rank, stops me before I can start my car. “Are you coming back?” he inquires somewhat sternly. Of course, I reassure him, I wouldn’t fail to come back. OK, he’s happy with that, so I can go. 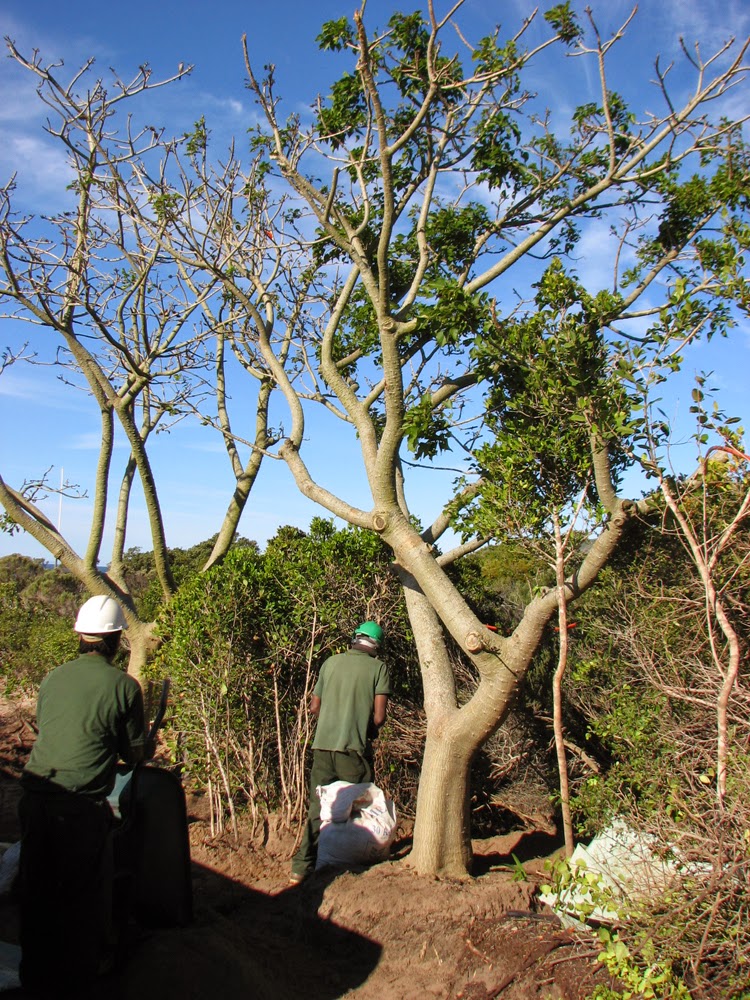 When I return the trees are in place. What a miracle. Not only the coral trees, but a nine-metre tall strelitzia has been placed at the spot where the earnest conference took place, in a neat sandbagged hole, no problem.